We’re making changes to our server and Data Center products, including the end of sale for new server licenses on February 2, 2021 and the end of support for server on February 2, 2024. Learn what this means for you.
Developer Day is June 9th, 2022. Register now for free!
Last updated Dec 8, 2017

Configure IDEA to use the SDK

Setting up IDEA for plugin development is a breeze. Simply create a plugin project using the atlas-create-*-plugin command (for example, atlas-create-confluence-plugin) and then load the project's POM file into IntelliJ. IntelliJ's Maven integration will generate the appropriate project files for you.

While it's possible to run the Atlassian Plugin SDK commands from within IDEA as custom run commands, in practice, most developers simply use IDEA for code editing and debugging, and use a separate console to run the atlas-run, atlas-debug, or other Atlassian Plugin SDK command. After you've made project changes with the SDK, IDEA will detect the file changes on disk and prompt you to reimport the project.

After starting the Atlassian application, you can connect to it from IDEA for debugging on the default debug port 5005, as described in Creating a Remote Debug Target.

Adding a plugin project to IDEA

To load the plugin project in IDEA: 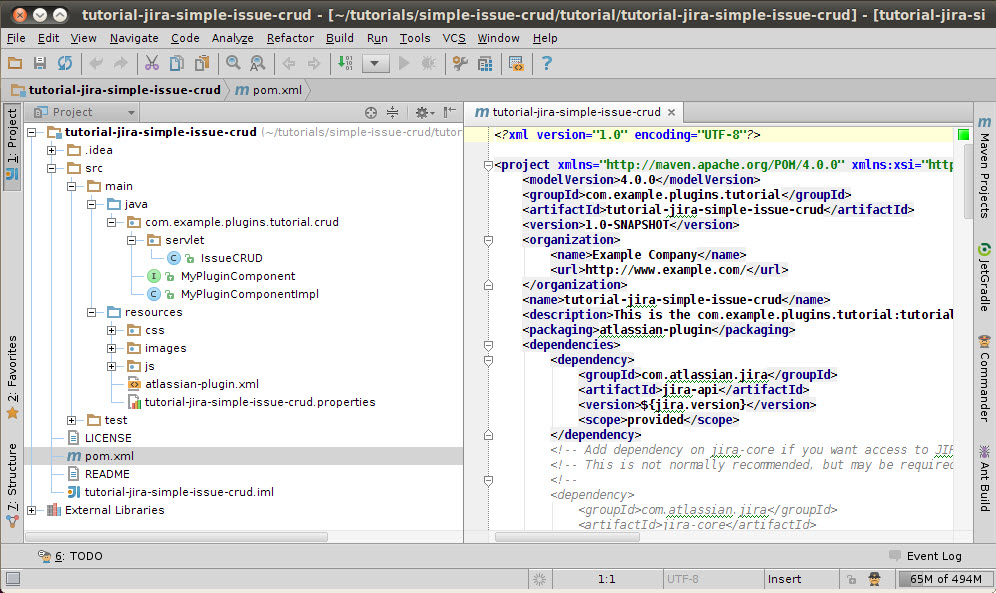 Increasing the amount of memory available to IDEA

You may find it beneficial to increase the default amount of memory allocated for IDEA. You can do this by modifying the VM options located in:

For example, if you installed the application in it's default location on Windows you may see something like this: